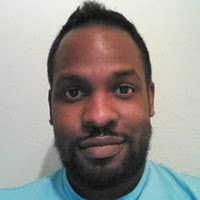 By James Williams
Your browser may not support the functionality in this article.

SVG, short for Scalable Vector Graphics, is a XML-based language for describing objects and scenes. SVG elements can fire events and can be scripted with JavaScript. SVG comes with several built-in primitive types such as circles and rectangles as well as being able to display text. While SVG as a technology is not new, HTML5 now enables SVG objects to be embedded in a page directly without the use of a <object> or <embed> tag bringing it in line with what is currently available with the canvas. Raphaël.js is a JavaScript library that allows you to create SVG scenes programmatically. It uses a unified API to create SVG scenes where it is supported or VML(Vector Modeling Language) where it is now, namely Internet Explorer versions before IE9.

Let's begin by drawing a simple scene with Raphaël. We begin drawing the scene by instantiating a Raphaël object. In this case, I used the constructor that inserts it into a given HTML element with a given width and height but you could also have Raphaël append the object to the DOM (Document Object Model). Next, I created a rectangle by supplying the desired x and y positions with the width and height. Next, I created a circle by giving the desired coordinates and radius. Finally, I used the attribute function (attr) to assign colors to the objects.

Each SVG object can have attributes assigned to it for things like the the color, rotation, stroke color and size, etc. You can find a detailed list of assignable attributes here.

A path is a series of instructions used by the renderer to create objects. Drawing with a path is like drawing with a pen on a giant piece of graph paper. You can instruct the pen to be lifted from the paper and move to a different position(move to), to draw a line(line to), or to draw a curve(arc to). Paths enable SVG to create objects with the same level of detail regardless of the scale. When you issue an instruction to say, draw a curve, SVG takes into account the original and final desired size of the curve (after scaling), it mathematically computes the intermediary points to render a smooth curve.

The code and figure below show a rectangle and closed curved drawn with paths. The letter M followed by coordinates moves the pen to that position, L followed by coordinate pair draws a line from that the current position to that position. s draws a smooth Bézier curve with a given control point and endpoint with relative coordinates. Z closes a path. Generally, using an uppercase letter issues the command with absolute coordinates, lowercase uses relative coordinates. M/m and Z/z, respectively, issue the same command for uppercase or lowercase. You can view a list of all the path instructions here.

Having illustrations without the ability to draw text would be really boring, luckily, Raphaël provides two methods to draw text. The first method, text, takes a x and y coordinates along with the string to draw. The text method doesn't give you much control over the font or other effects. It draws in the default font with the default size.

The second method, print, draws the text as a collection of paths. As a result, we are able to modify individual letters. In the example below, we colored the numeral 5 with an orange fill, colored "ROCKS" with a bluish fill and made the stroke thicker to simulate bold text. We did this using a custom font with a font size of 40pts.

The Vegur font isn't in Raphaël, nor is any font for that matter. And besides, most fonts use TrueType(TTF) or OpenType(OTF) format. To get from those formats into something that is usable by Raphaël, we need to convert them using a tool called Cufón. Cufón allows you export the different font styles of a given font (regular, bold, italic, bold italic, etc) for use with Raphaël. It is outside the scope of this tutorial to cover Cufón in detail. Check the aforemention link for more details. A great source of unemcumbered fonts for your applications is the Google Font Directory.

SVG elements can directly subscribe to all the traditional mouse-based events: click, dblclick, mousedown, mousemove, mouseout, mouseover, mouseup, and hover. Raphaël provides the ability to add your own methods to either the canvas or individual elements, so in theory there is nothing preventing you from adding gestures for mobile browsers.

The snippet below binds a function to rotate a given letter in "ROCKS" 45 degrees when it is clicked.

Given that they are both methods to draw objects on the screen, it's often not immediately clear why you should use one over the other. The two mediums have vastly different approaches. Canvas is an immediate mode API is much like drawing with crayons. You can clear or destroy part of the drawing but you can't by default revert or alter a previous stroke. Canvas is also a raster bitmap so it is is very much subject to pixelation when images are scaled. SVG on the other hand, as previously mentioned can serve multiple resolutions with the same level of detail and can be scripted.

Whether to use SVG or Canvas for game programming is fairly simple. Besides the normal constraints of whether you plan to deploy to desktop or mobile, it really comes down to sprite count. SVG lends itself to what I'd call low-fidelty games. I describe those as games that have limited concurrent movement of objects and sprite removal and creation. Many board games like Chess, Checkers, or Battleship, as well as card games like BlackJack, Poker, and Hearts fall into this category. Another unifying thread is that in many of these games, a player will need to move an arbitrary object and SVG's scriptability makes object picking easy.

Using SVG doesn't mean at all that you have to create paths by hand. There are several tools, both open source and commercial, that allow you to export to SVG. The two tools I have used extensively and highly recommend are Inkscape and svg-edit.

svg-edit is a browser-based SVG editor written in JavaScript. It provides a limited user interface reminiscent of GIMP or MS Paint. Unless the level of detail was relatively low, I've mostly used svg-edit to tweak SVG drawings rather than create them. svg-edit allows you to create objects graphically or with SVG code.

Inkscape is a cross-platform full-fledged vector graphics editor similar to CorelDraw, Adobe Illustrator, and Xara. Inkscape benefits from a vibrant plugin community and a mature codebase. The predecessor to Inkscape, from which Inkscape forked, was developed in 1999. Inkscape is my go-to application for vector-based and bitmap assets.

SVG is not supported on Windows in Internet Explorer versions before IE9. IE uses a vector graphics format called VML, Vector Markup Language, which provides much of the same functionality as SVG. Raphaël can create scenes that use SVG or VML where it is supported. Using Raphaël is an easy way to provide cross-platform support.