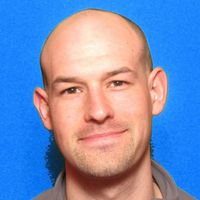 By Colt McAnlis
Your browser may not support the functionality in this article.

So you get an email saying how your web-game / web-app is performing badly after a certain amount of time, you dig through your code, don’t see anything that stands out, until you open up Chrome’s memory performance tools, and see this:

One of your co-workers chuckles, because they realize that you’ve got a memory-related performance problem.

In the memory graph view, this saw-tooth pattern is very telling about a potentially critical performance problem. As your memory usage grows, you’ll see the chart area also grow in the timeline capture. When the chart dips suddenly, it’s an instance when the Garbage Collector has run, and cleaned up your referenced memory objects.

In a graph like this, you can see that there’s lots of Garbage Collection events occurring, which can be harmful to your web-apps’ performance. This article will talk about how to take control of your memory usage, reducing the impact on your performance.

JavaScript’s memory model is built on a technology known as a Garbage Collector. In many languages, the programmer is directly responsible for allocating and freeing memory from the system’s Memory Heap. A Garbage Collector system, however, manages this task on behalf of the programmer, meaning that objects aren’t directly freed from memory when the programmer dereferences it, but rather at a later time when the GC’s heuristics decide that it would be beneficial to do so. This decision process requires that the GC execute some statistical analysis on active and inactive objects, which takes a block of time to perform.

In computer science, Garbage Collector (GC) is a form of automatic memory management. The garbage collector attempts to reclaim garbage, or memory occupied by objects that are no longer in use by the program.

Garbage collection is often portrayed as the opposite of manual memory management, which requires the programmer to specify which objects to deallocate and return to the memory system

The process in which a GC reclaims memory is not free, it usually cuts into your available performance by taking a block of time to do its work; alongside that, the system itself makes the decision when to run. You have no control over this action, a GC pulse can occur at any time during code execution, which will block code execution until it’s completed. The duration of this pulse is generally unknown to you; will take some amount of time to run, depending on how your program is utilizing memory at any given point.

High performance applications rely on consistent performance boundaries to ensure a smooth experience for users. Garbage collector systems can short circuit this goal, as they can run at random times for random durations, eating into the available time that the application needs to meet its performance goals.

As noted, a GC pulse will occur once a set of heuristics determines that there are enough inactive objects that a pulse would be beneficial. As such, the key to reducing the amount of time that the Garbage Collector takes from your application lies in eliminating as many cases of excessive object creation and release as you can. This process of creating/freeing object frequently is called “memory churn”. If you can reduce memory churn during the lifetime of your application, you also reduce the amount of time GC takes from your execution. This means you need to remove / reduce the number of created and destroyed objects, effectively, you have to stop allocating memory. This process will move your memory graph from this :

In this model, you can see that the graph no longer has a sawtooth like pattern, but rather grows a great deal in the beginning, and then slowly increases over time. If you’re running into performance problems due to memory churn, this is the type of graph you’ll want to create.

Static Memory JavaScript is a technique which involves pre-allocating, at the start of your app, all the memory that will be needed for its lifetime, and managing that memory during execution as objects are no longer needed. We can approach this goal in a few simple steps:

In reality, accomplishing #1 requires us to do a bit of #2, so let’s start there.

In simple terms, object pooling is the process of retaining a set of unused objects which share a type. When you need a new object for your code, rather than allocating a new one from the system Memory Heap, you instead recycle one of the unused objects from the pool. Once the external code is done with the object, rather than releasing it to main memory, it is returned to the pool. Because the object is never dereferenced (aka deleted) from code it won’t be garbage collected. Utilizing object pools puts control of memory back in the hands of the programmer, reducing the influence of the garbage collector on performance.

Object pools are a common practice in many high performance applications, as they reduce the amount of memory churn that is placed on the system. Object pools themselves have two primary characteristics:

Since there’s a heterogenous set of object types that an application maintains, proper usage of object pools requires you to have one pool per type that experiences high-churn during your application’s runtime.

For the large majority of applications, you’ll eventually hit some level-off in terms of needing to allocate new objects. Over multiple runs of your application, you should be able to get a great feel for what this upper limit is, and can pre-allocate that number of objects at the start of your application.

Implementing object pooling into your project will give you a theoretical maximum for the number of objects required during the runtime of your application. Once running your site through various testing scenarios, you can get a good sense of the types of memory requirements that will be needed, and can catalog that data somewhere, and analyze it to understand what the upper limits of memory requirements are for your application.

The amount you choose has a great deal to do with the behavior of your application; sometimes the theoretical maximum isn’t the best option. For instance, choosing the average maximum may give you a smaller memory footprint for non power-users.

Far from a silver bullet

There’s a whole classification of apps in which static memory growth patterns can be a win. As fellow Chrome DevRel Renato Mangini points out however, there are a few drawbacks.

Pools are not for everyone, even on high-performance apps. Consider the following tradeoffs before adopting object pools and static memory methods: Startup time will be longer, since you’re spending cycles allocating memory at initialization time. Memory doesn’t shrink in low-usage scenarios; Your app will greedily consume memory. You’ll sometimes need to clean an object when it’s returned to the pool, this can have a non-trivial overhead associated with it during high-memory-churn areas.

One of the reasons that JavaScript is ideal for the web relies on the fact it’s a fast, fun and easy language to get started with. This is mainly due to its low barrier to syntax restrictions and its handling of the memory issues on your behalf. You can code away and let it take care of the dirty work. However for high-performance web applications, like HTML5 games, the GC can often eat away at critically needed frame rate, reducing the experience for the end user. With some careful instrumentation and adoption of object pools, you can reduce this burden on your frame rate, and reclaim that time for more awesome things.